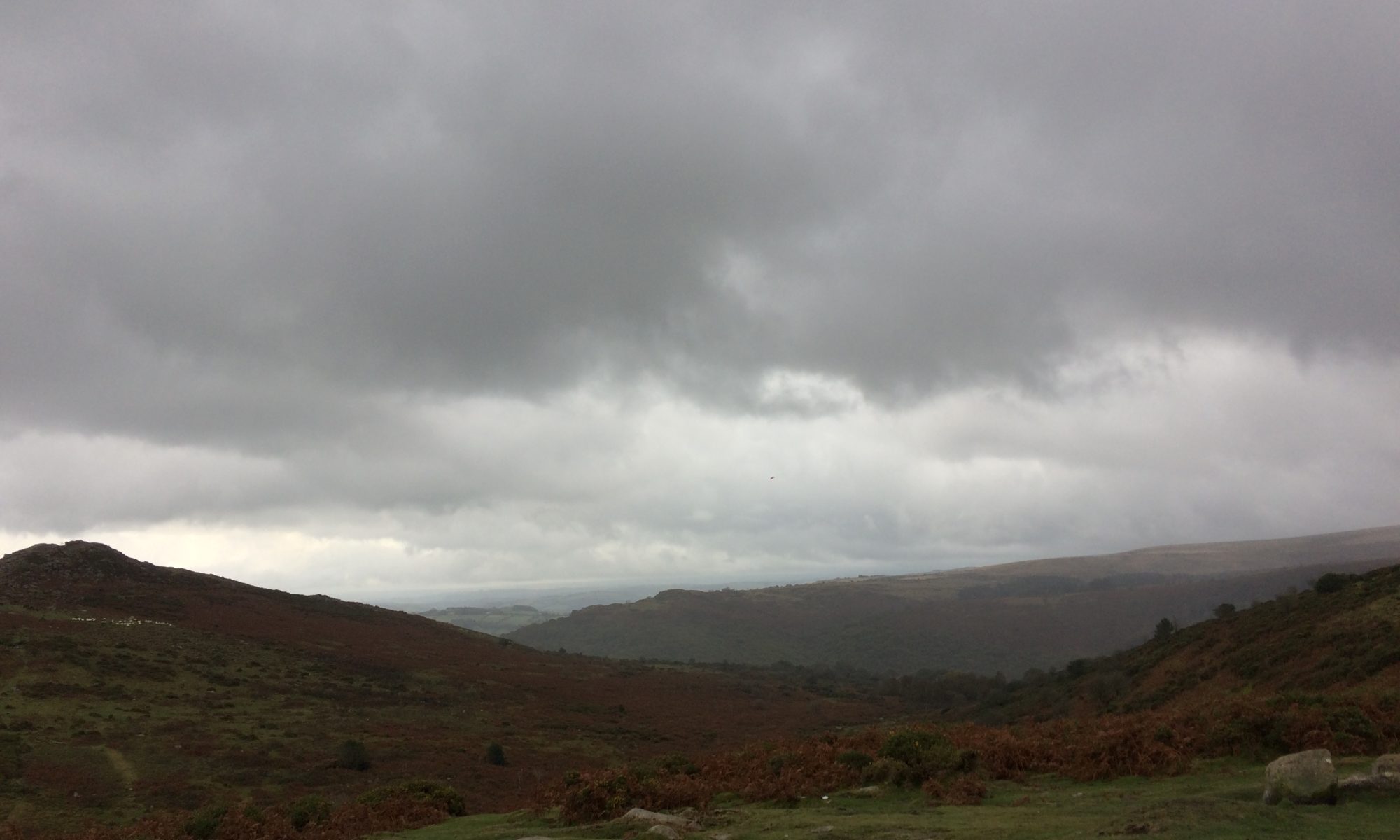 The drive from Glastonbury to Plymouth is only about two hours, but with no set plans and a huge number of small towns and large parks in between, I decided to give myself an entire day for the drive. The next phase of my road trip was taking shape! After a final Glastonbury breakfast (porridge and honey!) and a warning by Mark to “stay off the B roads,” I got back in the Aygo and started off for Tiverton, a town I selected because it shares a name with another small town near and dear to my heart. 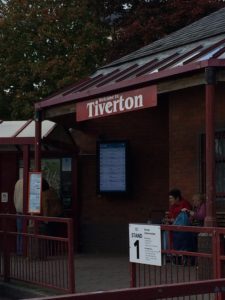 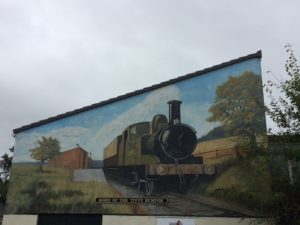 My main stop in Tiverton was the Tiverton Museum of Mid Devon Life, “home of the Tivvy Bumper,” an old steam train used for about 30 years in the mid-1900s.

The museum has a little bit of everything, and it was perfect. The women at the front desk gave me the basic instructions for getting through (follow the arrows, give them a call when I’m led back to the ground floor to come help open the door to the next sections because it’s a bit particular, feel free to leave and come back as many times as I want throughout the day). They asked what brought me to Tiverton and when I told them about my own Tiverton, they set about collecting information about the UK namesake to bring back home. They told me it would be ready by the time I was finished with the museum and sent me off into the first exhibit, a temporary display about the history of quilting and sewing machines.

As I said, the museum had a little bit of everything, all with clear explanations and engaging displays. I read about the founding of the town, the early industries, the role of the industrial revolution, the impact of different wars, lacemaking, cider making, what a traditional kitchen would look like in several different eras, and small vignettes about local people, accomplishments, and memorabilia. 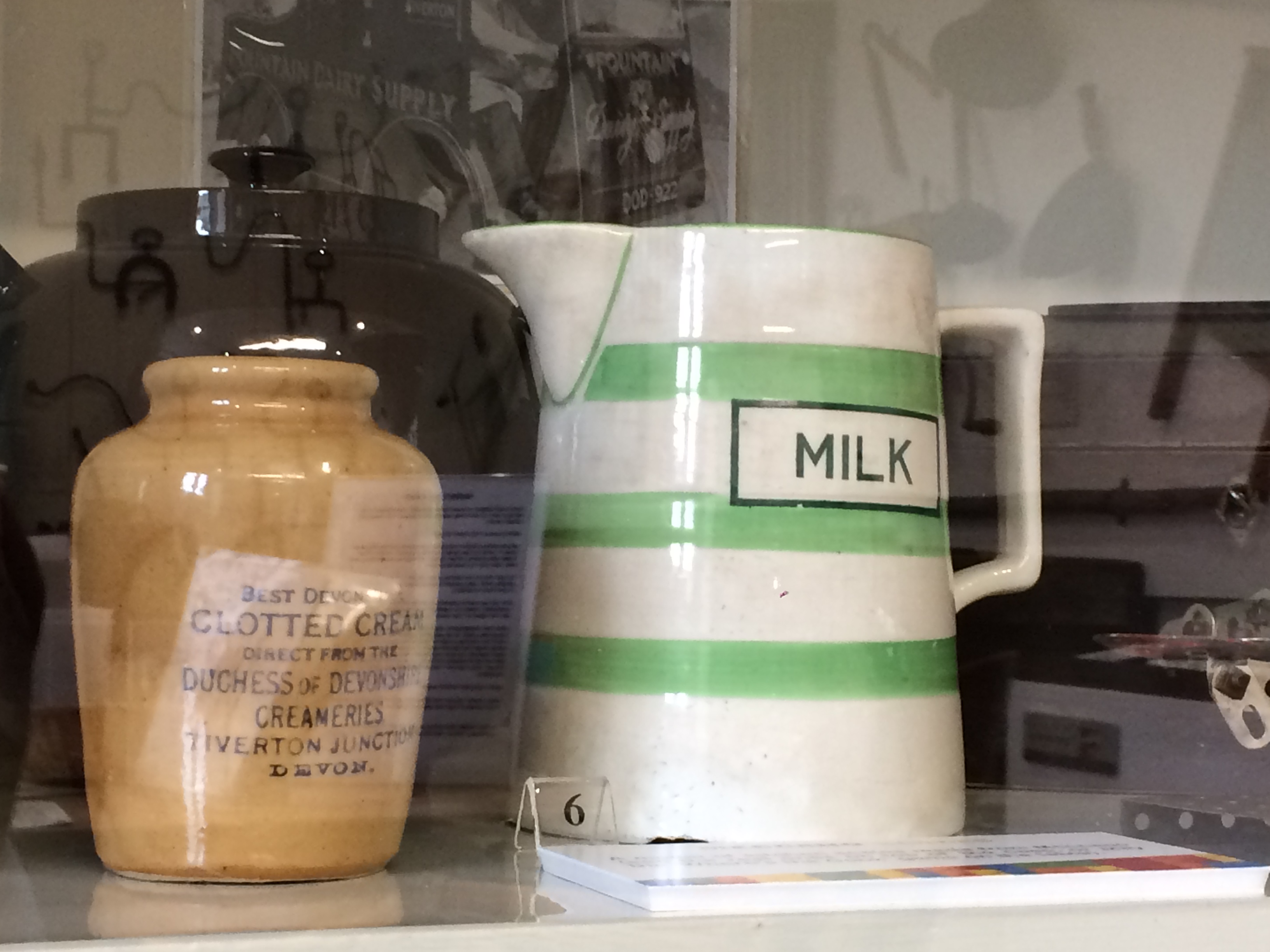 Beyond the particular door was a yard and stable with different types of carriages, a model blacksmith’s forge, and a room filled with all things transportation, from a wall of bicycles to a selection of old train signal parts, and in the center of it all was the Tivvy Bumper. I walked around it, took a moment to stand inside and marvel at the number of gauges and controls, and then I went back to the museum reception to say goodbye.

After talking a bit more about how the two Tivertons compare, the front-desk women recommended I go look at the canal before leaving. During the summer season, there are still horse drawn barges that provide tours up and down the canal and a tea-house boat offering refreshments at the starting point. I arrived a week or two after the tours were finished for the season, but the tea house was still open, and I enjoyed walking a portion of the horse path and seeing the stables where the horses are kept before heading back to the car.

Despite being warned about the B roads, to get to Plymouth I was going to have to go either around or through Dartmoor National Park, and I decided I may as well try my luck with the B roads and go through. It couldn’t be that bad, could it? Plus, I found a cute little tea room located about halfway through, called Badgers Holt, so I decided to try and aim for that because even the scariest roads can be helped by scones and clotted cream, probably.

OK, so B roads are terrifying. They started out ok, before I was deep into Dartmoor, just slightly narrower than was completely comfortable. Then the hedges got taller, and there was less room to pull aside for passing cars. Then they got curvier, added an incline, and threw in a couple of single lane bridges, cyclists, and cows. I was on high alert and not exactly comfortable, but fine and as I got truly into the park the scenery was incredible. I felt like I was in a Charlotte Bronte or Daphne du Maurier novel and I stopped several times to just take everything in. 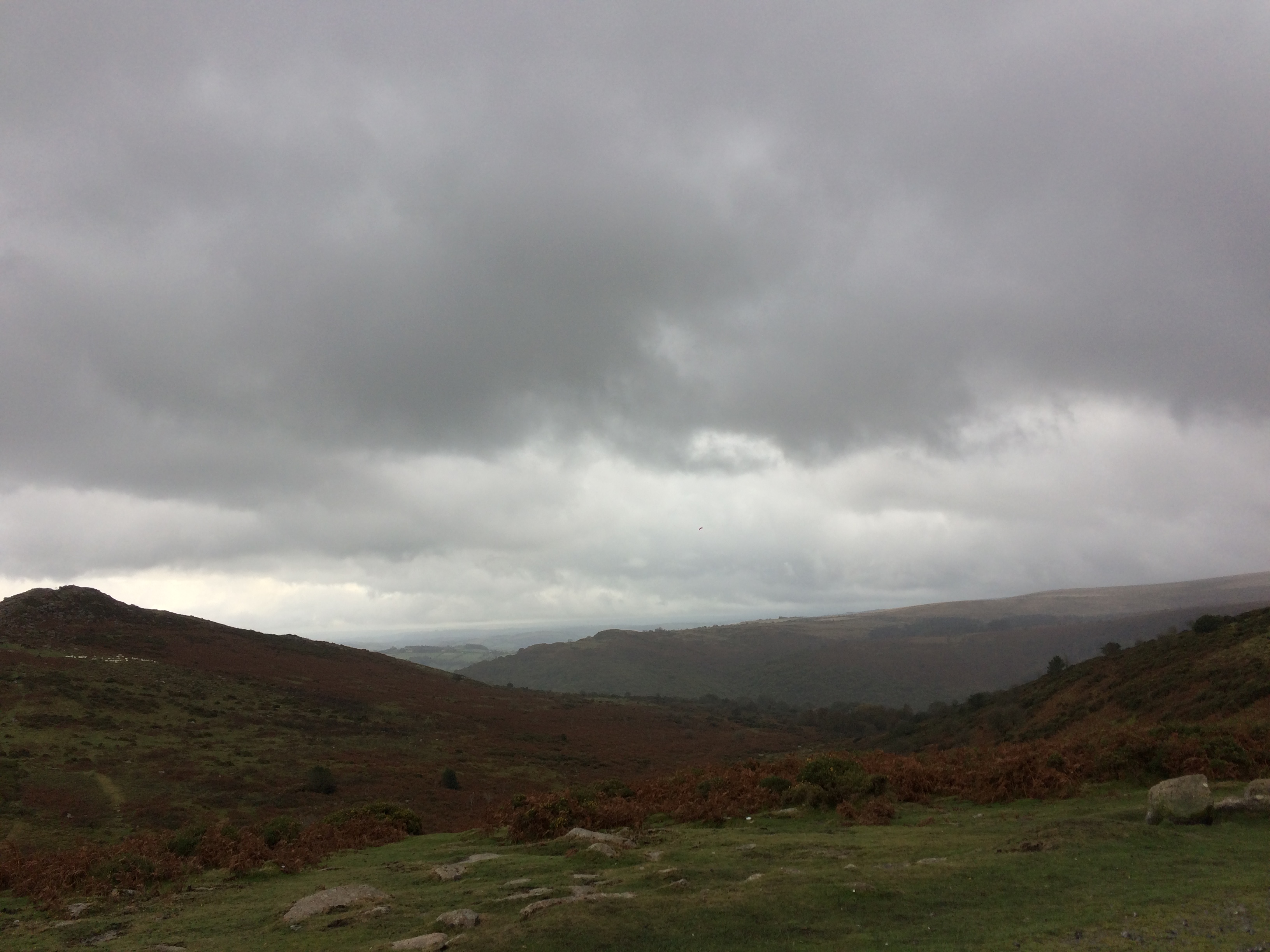 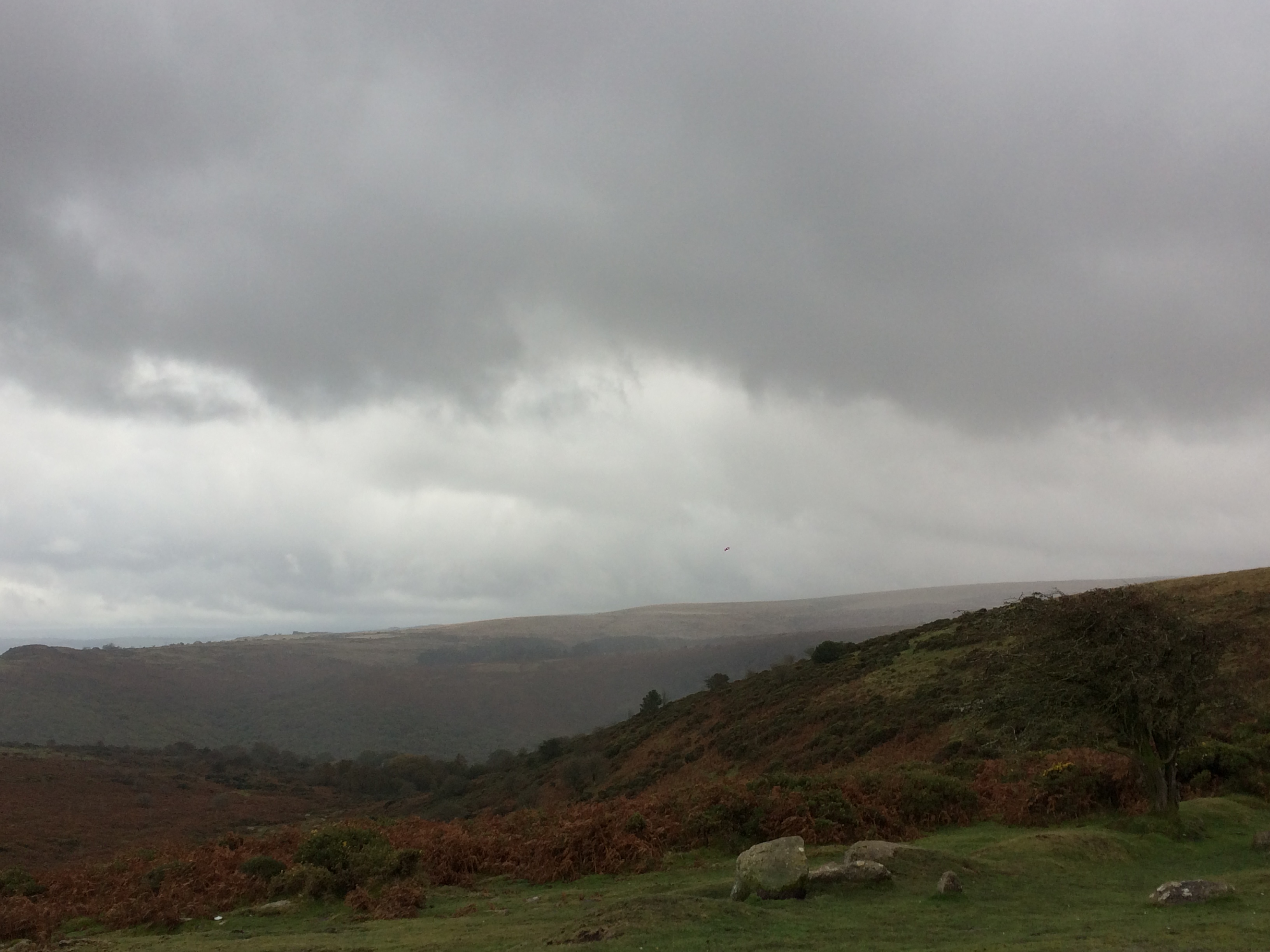 It was just starting to rain as I (somewhat miraculously) found the turn for Badgers Holt, and I arrived ready for tea only to find that it had a new schedule and was now closed on Tuesdays. It being Tuesday, I was disappointed, but took a few moments to say hello to the local goats and then got back into the car. And that’s when things got scary.

The road took me back uphill and as I reached the peak, a heavy fog set in. It continued getting thicker until I really couldn’t see more than, maybe 20 yards ahead of me, which was not exactly ideal given the constant vigilance necessary to navigate the road. At the same time, I discovered another quirk of the Aygo: the defog process. Because along with the heavy fog outside, the Aygo had suddenly acquired a heavily fogged window. The defog button worked in clearing the outer edges of the windshield but not the middle. Blasting the air conditioner cleared a portion of the middle, and one corner. Blasting the heat cleared a different portion of the middle and the opposite corner. I was at a loss. I was finding it really difficult to see, my car was doing its little Aygo thing, and it was going to be getting dark soon. I pulled off the road to recollect myself and observe some sheep grazing nonchalantly nearby, and carried on – I briefly wondered if I could wait out the worst of the fog, but I had no idea how long that would take (or if it would even happen – maybe this part of the moors was always foggy?) and I definitely preferred light grey non-visibility to the pitch black variety. So I hopped back in the car, pretended that my high beams were helpful, decided that blasting the heat cleared the most useful parts of the windshield, nodded goodbye to the sheep, ignored the partially overgrown car ominously protruding from a nearby ditch, and went on my way thinking that was possible I should have listened more carefully to Mark. 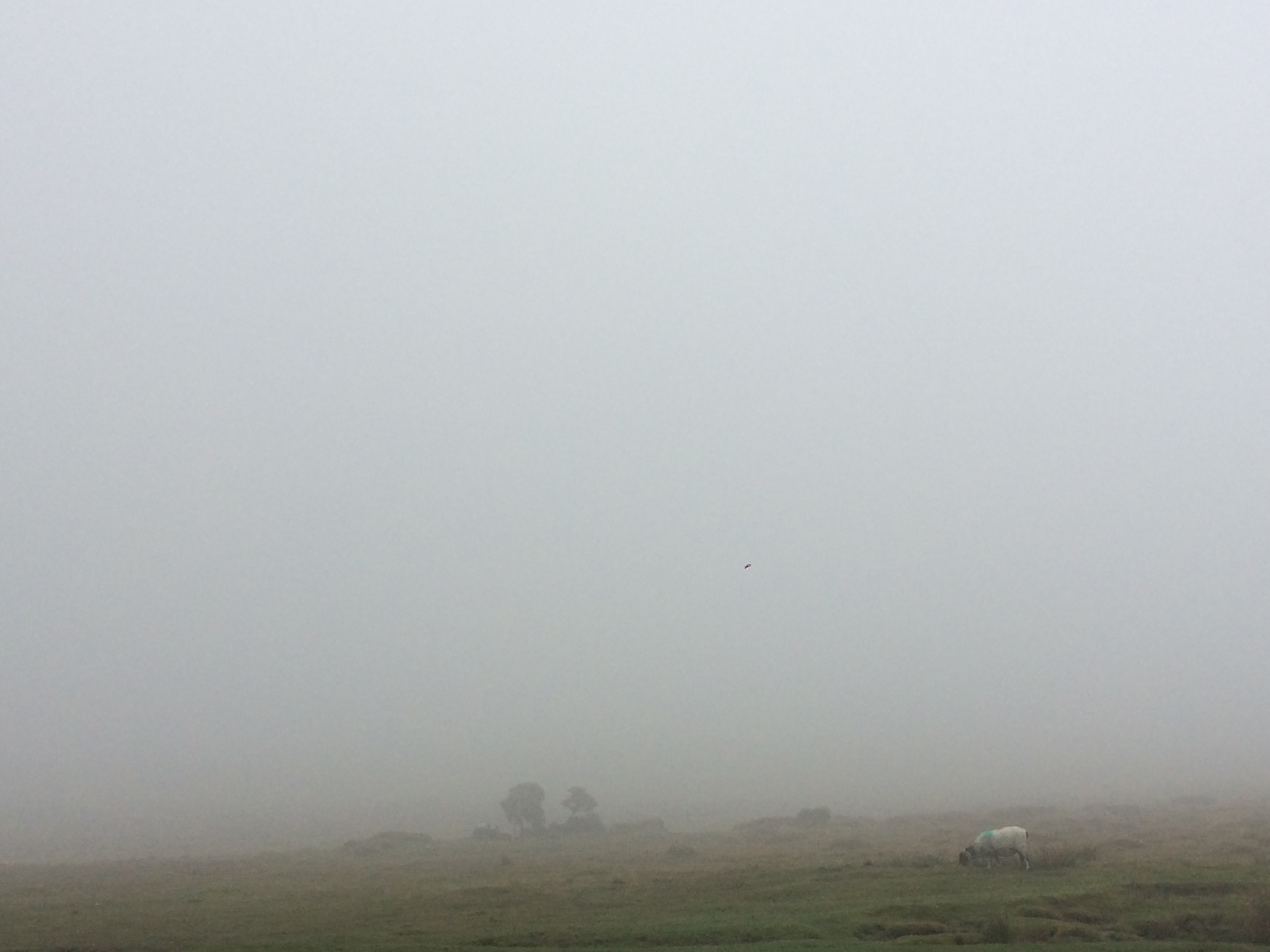 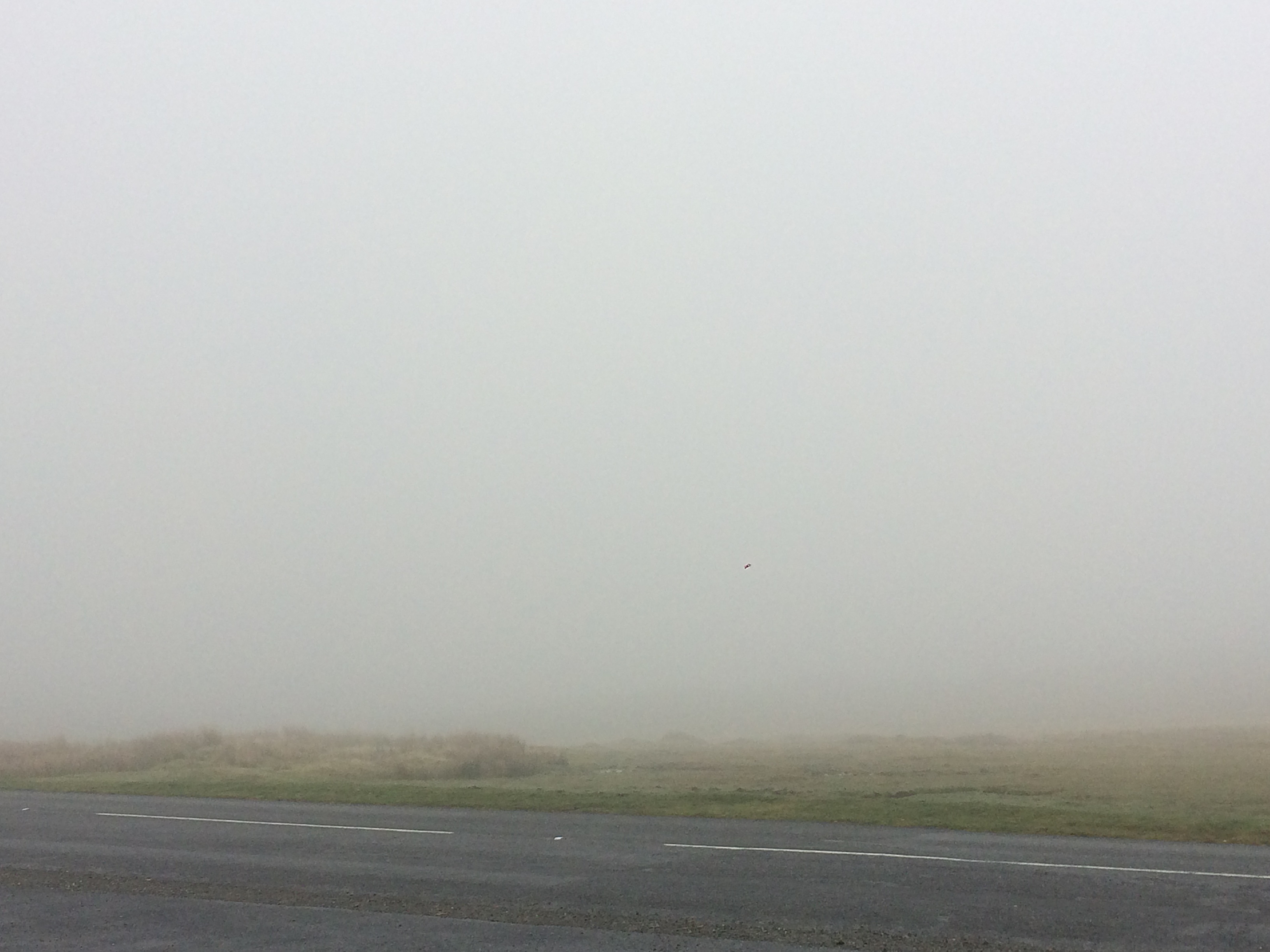 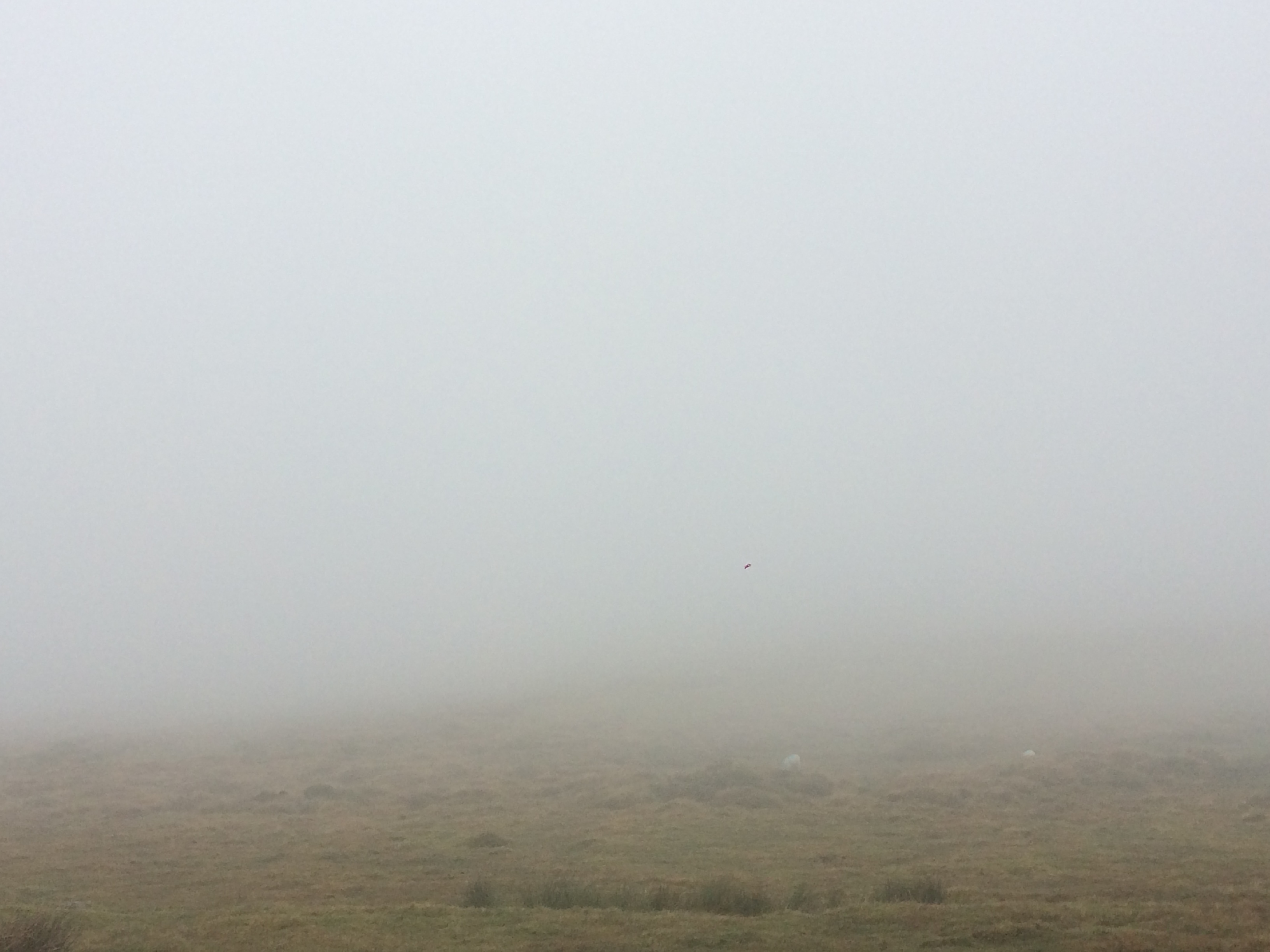 Eventually, I began seeing small, scattered buildings, and gradually those turned into towns. I was emerging from the moors and getting back to civilization. My windshield still stubbornly refused to clear, so I kept the heat on, but was finally able to loosen my white-knuckle grip on the steering wheel and breathe a little more naturally. After a few more roundabouts and some rush hour traffic – such a jarring change from the empty expanse of nature I had just come from! – I saw the turn for Plymouth, found my hotel, grabbed the last parking space, and put little Aygo very firmly in park (handbreak UP!), happy that I wouldn’t need to drive anywhere for the next few days. Until then, I was ready to take on Plymouth.