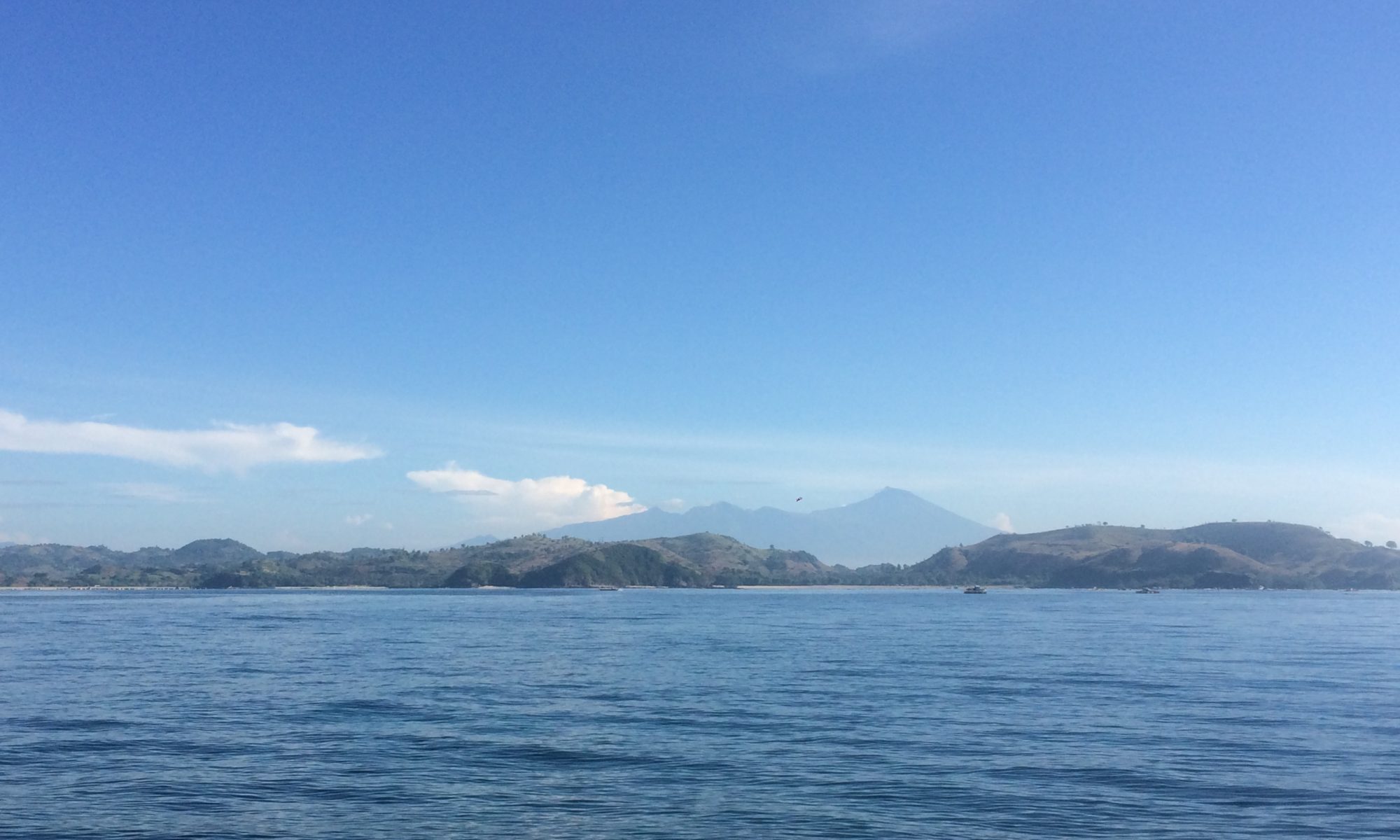 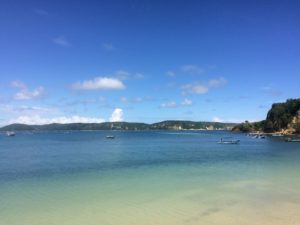 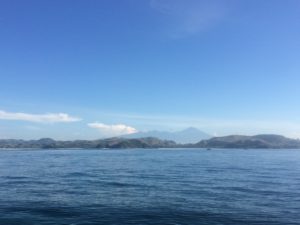 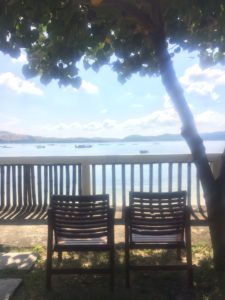 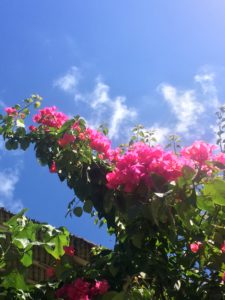 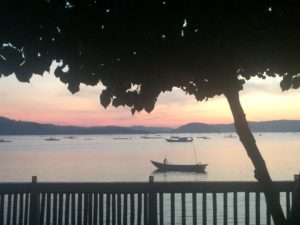 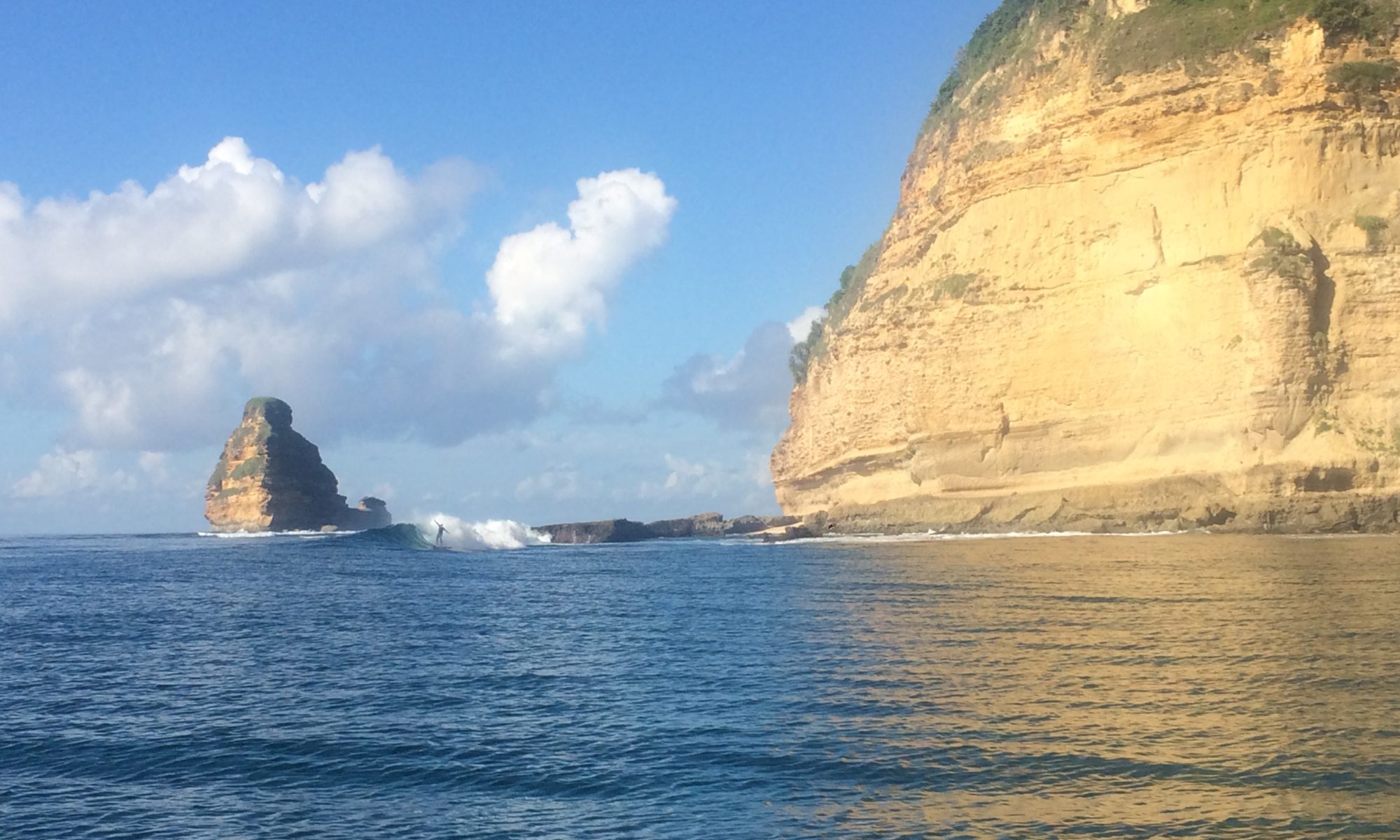 In South Lombok, the surfers go to Gerupuk. There are other breaks nearby (Are Guling and Mawi to the West of Kuta frequently came up as options), but Gerupuk seems to be the place that consistently delivers, and it has built itself up around that reputation. With the Endless Summer resort overlooking the bay from high in the nearby hills (found accidentally as C and I were getting our bearings); homestays with names like Wave House, Surfer’s House, and Surf Garden; and restaurants called Shake & Bake and Surf Café, in addition to numerous board repair shops, Gerupuk is a town that fully acknowledges and embraces its main clientele.

There are at least three breaks within the bay, Don-Don, Inside Grupuk, and Outside Grupuk, all accessible by boat and all with their own individual appeal. I won’t pretend to know much about them, not actually being a surfer myself (I can stand up, but don’t really know what to do next), but some of what I took away from surrounding myself with legit surfers is that Inside is generally smaller, more consistent, and better for beginners, while Outside is more advanced; it can be a little choppier and sits on a fairly shallow reef, but while you might have to wait a little longer for that perfect wave, it’s worth it. Plus the backdrop is cooler.

(Don-Don supposedly wasn’t great while we were there so we never made it out that way and I don’t know much about it, and while I could swear there was at least one other break within the bay, I can’t actually remember the name[s] and MagicSeaweed isn’t giving me anything.)

In order to get out to the surf, you need to have a boat. In addition to the surf school boats, most of the guesthouses in Gerupuk have them and some of the restaurants hire them out as well. Another option is to find (or be found by – foreshadowing!) someone who owns a boat and arrange for them to take you out privately. 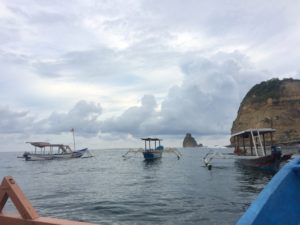 Since we were still staying in Kuta (about a 15 minute drive), that last option seemed like it would be the best. As C and I turned onto the main town road, a man approached and told us we could park at the next left and he’d sort everything out, no problem. We weren’t exactly ready to park yet, or to commit to stopping, so we said thanks but no, and continued along. As we reached the end of town, the same man pulled up next to us on a scooter, motioned at C to roll the window down, and started asking questions about where we were staying, where we were going, and if we were looking for a boat. Still not completely ready to commit, C told the man we were going “that way” but maybe we’d catch him on the way back. The man, somewhat dismissively and really casually, said that nothing was “that way” except some cliffs and they weren’t really worth it since the road is difficult and sometimes tourists fall off. Not at all alarming.

But C is a good driver, so we said we’d risk it (plus it didn’t look like there were any cliffs immediately ahead, although I guess that’s probably how they get you) so we continued on, and the man started to turn his scooter back around. After a few more minutes, however, C and I realized that we had largely left town behind us and that there wasn’t a whole lot up ahead, aside from maybe those cliffs. Just as we were considering turning around, we found a little guesthouse with an attached warung and, most importantly, parking, so we pulled in to grab a coffee and regroup. And almost immediately, the man on the scooter pulled in after us. He parked his scooter, but didn’t say anything to us and instead walked over to the guesthouse. C and I ordered our coffees and grabbed a table overlooking the water. 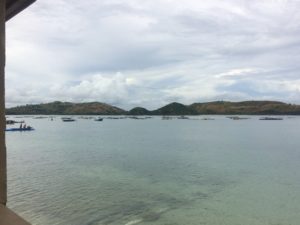 As we were sitting there, the man came back with another guy. He introduced himself as Juma and the other man as JC, his friend and the owner of the guesthouse (JC’s Surfer House). He let us know that everything was arranged – we could park there and while we drank our coffee he would go get his boat, pick us up directly from the beach, and take us to Outside Gerupuk. It seemed Juma had put together the afternoon we were hoping to arrange anyway and it was difficult to think of any reason to argue, so we conceded and moved on to asking about the price. After some discussion, C and Juma agreed on 150,000IDR (~$10) for two-ish hours. Too easy. 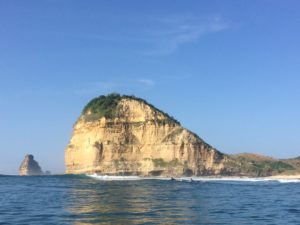 One of my favorite things about traveling, and especially about travelling for longer stretches of time, is getting to experience new “normals”. Back home, I would definitely be wary of getting into a boat with someone who had persistently followed me on a scooter. Stranger danger! Never go to a second location! Stay sexy, don’t get murdered! But by the time Juma arrived on the beach with his boat (the Haekal, adorably named after his son) I’d already come around to feeling like this was a very reasonable way of doing things. Of course, I know that as with everywhere, you still have to be careful, and just because this is how things are sometimes done, it doesn’t mean that anyone who does them this way is a good, trustworthy human. That said, I love that in this case, following people on a scooter isn’t The Thing that qualifies someone as being sketchy; it’s just the thing that gets you talking to the person, and whether or not you should go to a second location with them is another conversation entirely.

As for Juma, he became a staple within our group on Lombok. After that afternoon, C, M, and I were out on that boat every day, and sometimes even twice! Most of the time we would roughly plan when we’d like to go out next, and then Juma would be waiting at the entrance to town for us when we arrived. He would confirm whether or not we were planning to have a coffee before going out so he could time things and then we would drive on to JC’s and he would go get the boat. Out on the water, while C and M surfed, he and I would chat for a bit and then he would surf, nap, or swim over to another boat to catch up with his friends, while I played surf photographer, read, or swam. 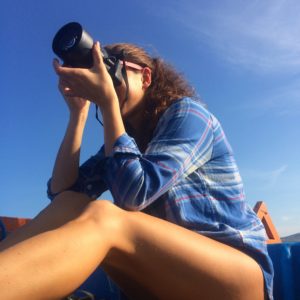 And that one time I got stuck outside the boat (short girl problems)? He was immediately there and ready to help me back in, which is definitely more than I can say for some people who haven’t followed me on scooters.