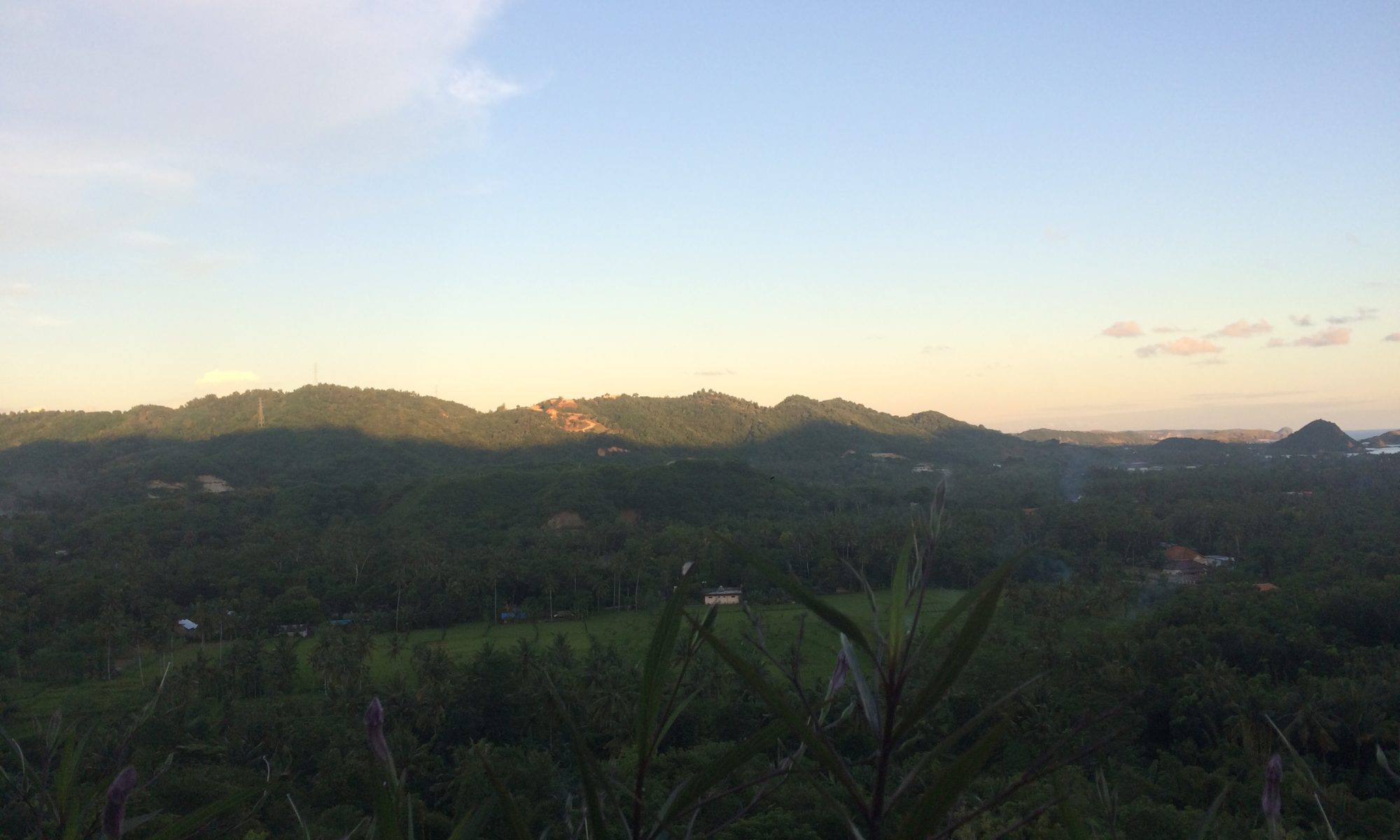 In 2011, I went to India for a wedding. When I told people where I was headed, one of the first reactions every time was, “Oh, have you gone to a travel clinic yet?” I had not, and was, in fact, completely unaware of the fact that it was something I might want to do. I travel a lot, but up until that point I had never considered that there might be health or vaccination recommendations specific to the new places I visit. This is partially due to the fact that up until that point, most of my travelling had taken place in Europe where, admittedly, there aren’t a lot of recommendations different than here in the US (…I think?). That said, I had definitely also spent a lot of time in places (mainly Caribbean) that do have specific recommendations, blissfully oblivious to them. Oops?

Anyway, off I went to the clinic and since then, I’ve tried to be better about actually considering whether or not I should see a travel clinician before I jet off into the mosquito-infested (it’s always mosquitoes) unknown – success has varied. I went in a timely manner before Oman and it was pretty straightforward. I waited until the absolute last minute before Indonesia and as a result got a solid dose of judgment from the receptionist and only about half the vaccinations I apparently should have because there just wasn’t enough time for the rest. I took a (super informal) poll of some of most wanderlust-y friends and got a similar response – some go all the time, some never go, and a good number have the best of intensions, but questionable follow through.

So, as a member of that last group, I thought I would share my biggest lessons/takeaways about travel clinics, as someone who has now gone to one a whopping three times. BUT FIRST. Despite the fact that my day job involves working with doctors and the fact that the last time I went to the clinic, the clinician complimented me on being “very well vaccinated” (thank you very much!): I AM NOT A DOCTOR. I do not have any real medical knowledge and should NOT be used as any sort of authority on medical care. My best and most serious piece of advice is that if you have any questions about your medical travel needs, GO TO A CLINIC and get advice from someone who actually knows something. So, with that said:

– There seems to be a core group of vaccinations that are generally recommended, and, happily, many of them are easy enough to have already (eg, MMR, tetanus, flu). There’s also another tier within that group of ones that may be less common, but that last for a really long time once you have them, so I’ve found that I need fewer and fewer shots/meds each time I go. This is excellent! Especially because..

– Don’t expect to be able to use your arms after your appointment. The first time I went, they gave me five shots (for a four-day trip!) and when I got back to my office I actually had to lower my hands onto my keyboard as I sat because I couldn’t lift my arms high enough once I was already sitting. The last two times I had, a very reasonable, three and two shots respectively – so I was able to move, albeit not quickly and with a decent amount of soreness.

– Don’t pet the stray animals. As far as I can tell, there are always stray animals and they are always at a high risk for rabies. I don’t know if I look especially like someone who might lunge at any animal I see, but every time I go in, I have gotten long lectures about how I’m going to want to pet the animals but I REALLY ABSOLUTELY SHOULDN’T. 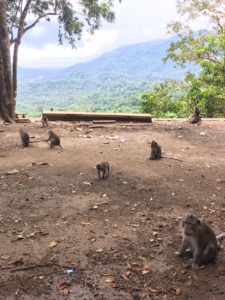 – One more on the subject of rabies: The first two times I went in, I got the warnings but did not have to get the vaccine. This last time, they did actually want to give me the vaccine, but there wasn’t enough time. That could be neither here nor there, but I did think on it as I watched a massive column of bats fly overhead, and again when a monkey climbed on top of the car (more about that later), and yet again when a stray dog nudged my leg with his nose (technically I didn’t touch HIM?) because I had rudely forgotten he was under the table and uncharacteristically not spilled or dropped anything. Still, I’m back and, about a month out, not showing any signs of rabies, so I think the cautious but unvaccinated approach worked fine for me in Indonesia.

– Mosquitos are The. Absolute. Worst. Malaria, Zika, West Nile…these nasty f*ckers have everything and there are both daytime and nighttime varieties so you never really get a break. COOL. This most recent visit I learned all about mosquito-carried Japanese encephalitis and its terrifying side effects for which the odds are never in your favor. I also learned you really need two weeks (preferably a month) in order to get the appropriate shots and build the best immunity, and as a result of NOT having that, I learned all about different types of bug spray. I may or may not have promptly ordered six different varieties when I got back to my apartment.

– This one, using Picardin instead of DEET, was my favorite.

– For most places that require a travel clinic visit, all the usual food safety instructions apply (don’t drink the water, avoid ice, only eat fruits that can be peeled, be aware of how things are washed, be cautious of street food, pack Imodium and/or Pepto [or equivalent], a prescription for antibiotics will be provided in case of GI emergencies). 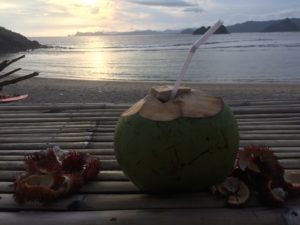 – I get a LOT of mixed reactions when I tell people about the trips I’m planning, and for whatever reason, the responses to Indonesia were so overwhelmingly negative that I just stopped telling people I was going anywhere. I have much more to say about that – another post for another time – but for now I need to acknowledge the nurse at the travel clinic, who was actually my favorite of the people I told. Despite knowing all the actual worst-case scenarios for things that could happen there, and knowing that I hadn’t left myself a lot of time for some of the possible interventions, all she said was “You travel a lot? GOOD. Never change that and have the best time out there” and honestly, that sendoff was exactly what I needed to hear and as valuable to me as all the meds I walked away with.